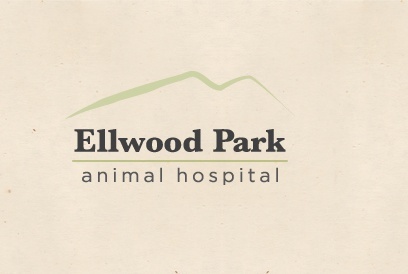 The first sign that something was wrong with Munchkin was the development of a stagger in her walk, as if she was dizzy. At 11 years of age that sort of sign should be taken seriously so her owners brought her in.

She was definitely “ataxic” but was in normal spirits, eating and drinking. The rest of the exam was normal. A probable diagnosis was Geriatric Vestibular Syndrome (GVS) so she was sent home to recover on her own, typical of GVS patients.

Two days later she was much worse. Munchkin couldn’t stand up, she was drooling, bobbing her head, and her left eye was deviated sideways. We performed blood and urine testing and radiographs of her heart, lungs, spine and abdomen trying to identify the disease that was progressing so swiftly. The testing left us with only two realistic possibilities: either a brain tumor was progressing quickly, or she had non-septic meningitis. With our fingers crossed we treated her for non-septic meningitis, which is called GME in dogs.

It worked! Her ataxia and head bobbing stopped and all her signs disappeared within 1 week of beginning medication. Since a brain tumor would not have responded at all, we knew she had GME. Munchkin has long ago returned home and aside from medications to control her GME, she lives a normal life with her family.

Granulomatous meningoencephalitis (GME) is an inflammatory disease of the canine and feline central nervous system (CNS), which accounts for up to 25% of all CNS disorders in dogs. The exact cause of GME is still unknown.